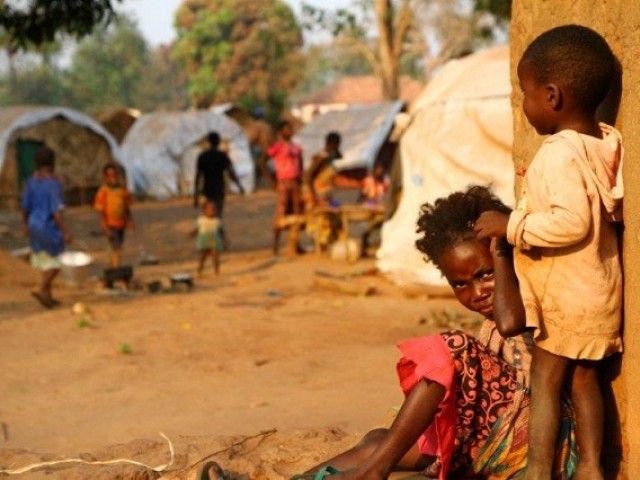 DAKAR: Armed groups in Central African Republic have killed at least 45 civilians in apparent reprisal strikes over the past three months, Human Rights Watch (HRW) said in a report on Tuesday.

The violence pitted armed groups against one another in the central province of Ouaka, which is at the border of the mainly Muslim north and the mainly Christian south of the country.

“As factions vie for power in the Central African Republic, civilians on all sides are exposed to their deadly attacks,” said Lewis Mudge, Africa researcher at the US-based human rights watchdog.

The Seleka and other groups have since splintered, prompting further violence even as the country held a democratic election won by President Faustin-Archange Touadera who was sworn in March 2016.

One witness to the recent attacks, identified only as Clement, said advancing fighters from the Fulani Union for Peace in Central Africa (UP) shot four of his children dead including a seven-month-old baby during an attack in March.

Killings by the rival Popular Front for the Renaissance of Central African Republic (FPC) were also reported.

HRW based its tally on interviews with residents in the town of Bambari in April. It said the overall figure was likely higher since dozens of people are still missing.

The United Nations which has a 13,000 safe-keeping mission in the former French colony has sought to disperse fighters with air strikes in Ouaka as they advanced on the town of Bambari. The United States has imposed sanctions on militia leaders.

Still, the violence persists. Medical charity MS said last month it is the worst seen in a years-long conflict and reported mutilations and summary executions.

US Special Flight Allowed to Bring Diplomatic Staff to Islamabad

Another Doctor Dies in KP of Coronavirus