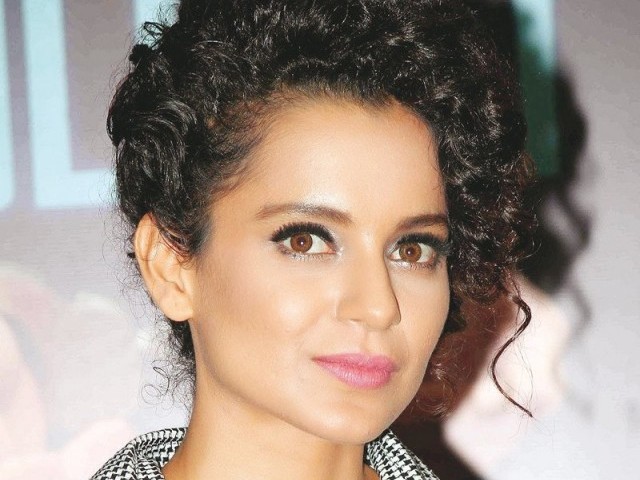 Bollywood star Kangana Ranaut, who was present to launch the poster and announce the release date of her upcoming film Manikarnika: The Queen Of Jhansi, agrees that she’s a rebellious.

“I agree that I am rebellious but she (Rani Laxmi Bai) was a rebel with a cause that makes her a hero…I rebel because if my instincts want me too. So that makes me a badass. She’s a hero,” Kangana said.

Asked by IANS if making historical have become a trend in Bollywood, Kangana told reporters, “Well it’s working. Look at Baahubali, it has broken all the records and that’s what people want to see but to be honest Manikarnika: The Queen Of Jhansi is not like a project …”

Kangana, who will be seen playing Rani Laxmi Bai in the film, directed by Krish, says a film should be made on her.

“She is from our country. If she was from some other country how would they celebrate her spirit. So we as a nation need to give her, her due,” she said.

Asked if this film will be the climax of her acting career, she said: “There are projects and then there are films that are sort of fulfil something within you. When I was 15 and left home, I didn’t know when I will feel that I have arrived or achieved something and that feeling didn’t came post when I started working on Jhansi Ki Rani...just felt like everything made sense you know.”

Kangana said that her life has come to a full circle.

“Before this no amount of failure or success could make me feel like an achiever and now I feel I just don’t want to waste,” she said.

Talking about having a biopic on her life, Kangana said: “I personally feel I have a long way to go…I still feel I haven’t got into the field that I actually feel very passionate about, which is film-making.”

Kangana feels that she will be known better as a film-maker than a actor.

Have something to add in the story? Share it in the comments below.

Govt. Promotes 10 Officers to the Rank of Air Vice-Marshal

CM Buzdar Visits Different Areas of Lahore Without Any Protocol

Govt Stops Pharmaceutical Companies From Increasing Prices on Their Own