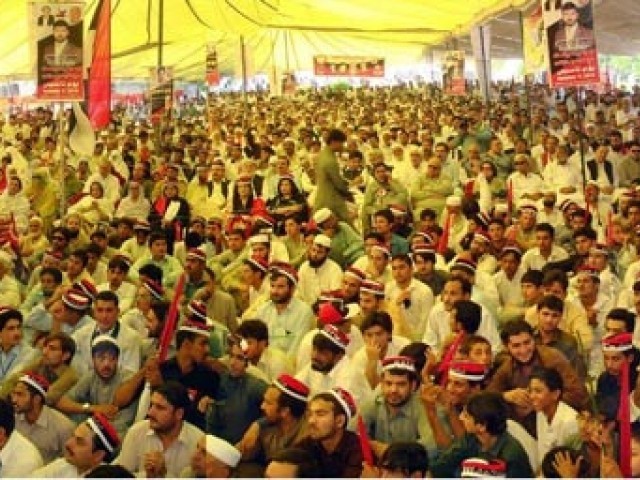 SHABQADAR: The general secretary of Qaumi Watan Party (QWP) in Charsadda and Shabqadar nazim Zafar Ali Khan has resigned from the party.

Announcing the decision in the Shabqadar tehsil municipal administration office on Tuesday, Khan said he was resigning from the party and the general secretary post because the burden of party work was preventing him from giving enough time to Shabqadar.

Khan won both district and tehsil seats in 2015’s local government elections and was nominated for nazim by the QWP, a coalition partner in the Khyber-Pakhtunkhwa government.

He did not reveal what he plans to do next but did say he would consult with his peers and make an announcement of his future strategy next month.

Although Khan did not indicate which party he might join in the future, there is speculation that he might be meeting Jamiat Ulema-e-Islam (JUI-F) chief Maulana Fazlur Rehman next week in Peshawar and that his resignation announcement came after JUI-F asked him to quit QWP.

Local political analysts said Khan has had personal differences with QWP for a while now and he had been struggling to form a bloc against the QWP chief in Shabqadar, who will contest against him in the 2018 elections.

Khan has neither accepted not denied the speculations. However, his close friends said he had been approached in the past by Awami National Party but declined because he held a grudge against ANP veteran leader Masoom Shah whom he has defeated in local elections held in Battagram union council.

With Khan expected to join JUI-F and another QWP member Zahid Khan already recently shifted to ANP, analysts are of the opinion that JUI-F and ANP would form a coalition in Charsadda to give tough competition to Aftab Sherpao on NA-8 and Sikandar Sherpao on PK-21 in the upcoming general elections.

Renowned Builder Rahat Shah Passes Away Due To Coronavirus

Information Minister Emphasizes On Prevention To Contain Spread Of Coronavirus