Women police offers drew applause at a three-day shooting competition held here in remembrance of officials martyred in the line of duty, saying they are proud of donning the uniform for the protection of the country.

Eleven teams from all over the country participated in the event, organised by the National Police Bureau, with women included in all teams. Senior police officials and heirs of martyred policeman also attend the event.

The police officers drew applause from all and sundry with their perfect aims as they shot the targets.

Women police officers while talking to Geo News expressed their excitement at participating in the event, saying the experience was exhilarating.

“It felt exciting to be handed over the gun; we were happy to become soldiers. The pistol is our ornament,” said sub-inspector Anam Shabbir from Punjab. 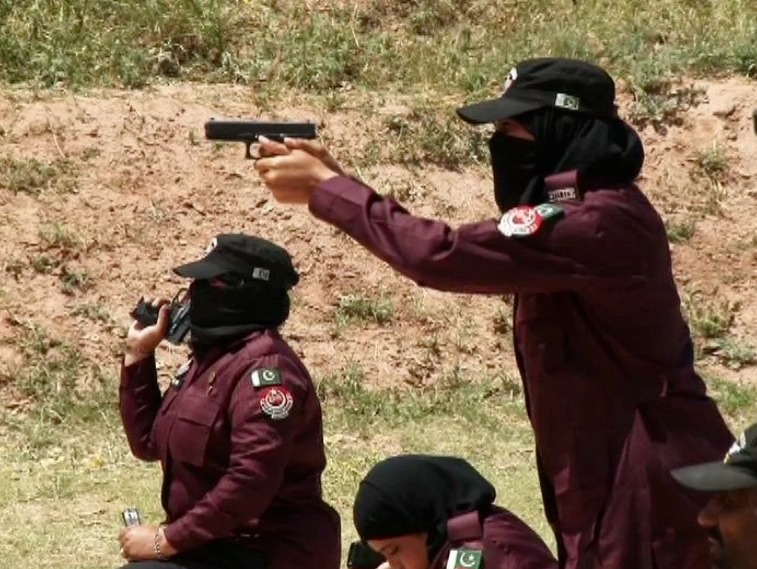 The Gilgil-Baltistan team said that women officials are playing an important role in the elimination of terrorism besides combating street crimes ad robberies. The women expressed their resolve to ensure the protection of the country and its people.

“We cannot depend on the army alone in the current situation the country is. We can protect the country from a number of threats if we stand [and fight] side by side with the army,” opinionated Inspector Zareen Zafar from Gilgit-Baltistan.

Constable Aneela Mussarat from Punjab said that she was always drawn to the profession, as her elder sister is also a police officer.

Inspector-General National Police Bureau Iqbal Mehmood termed the participation of women in the competition important, saying that women form a significant part of the police force. Women officials are playing an important role in the fight against terrorism, he added.

Pakistan deeply saddened over the earthquake in Iran and Turkey

16th anniversary of the Nine Eleven attacks being observed

Video: PTI identifies 13 MPAs who sold their vote in Senate Election 2018 – Watch who were those MPAs

53% of Sindh Suffers from Waterlogging and Salinity

Killings of LGBT people in U.S. rose to a record in 2016: report

At least 48 migrants dead after boat sinks off Tunisian coast